(For a closer look at the sheet music in the background of this page, click here.)

I'm a musician living near Washington D.C. I play in a handful of different established groups and pickup bands, and occasionally even play solo. I play for community theatre, I'm available for put-a-group-together-in-a-hurry-for-one-gig projects (and have a list of other musicians I can call if I'm the one who needs to put the band together), and I give introductory-level lessons. While my main instrument is guitar, which I've been playing since 1980, that's not all I do well.

I play guitar (folk 6-string, 12-string, and electric), bass guitar (electric and acoustic), mandolin, recorder (sopranino through bass), oud, and a little percussion. (In one band I play percussion and bass at the same time.) Pretty soon I'll be up to speed on the bowed psaltery as well. I play a few other instruments too, when I can borrow them (such as krummhorn, cornamuse, bouzouki).

I am available for studio work.

Though my musical tastes were shaped by listening to "classic rock", I've been playing early music (pre-Bach) a lot the past few years and enjoying it immensely.

The musical styles I play include classic rock, Celtic dance (think Scottish dancing), medieval and renaissance dance, Eastern dance (think "belly dance"), blues, folk, "filk", Celtic rock, and my own songs. Those are the ones I'm already comfortable with, but I'm always interested in learning more (I'd love to learn Klezmer), and if you've got a written part for me (treble or bass clef) I can probably learn it. I also enjoy creating new sounds by combining aspects of different genres.

I give lessons on guitar and recorder.

The established groups I play for are: 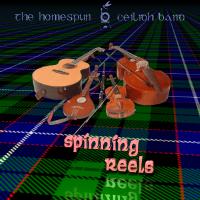 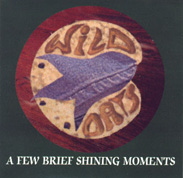 In theatre, I play bass guitar for musicals. I've done Little Shop of Horrors, Pippin, Guys and Dolls, and Singin' in the Rain with MAD in Greenbelt, Maryland; A Funny Thing Happened on the Way to the Forum, Bye Bye Birdie, and The Sound of Music with a community theatre group called CAST in McLean, Virginia; and Something's Afoot with Potomac Community Theater in Potomac, MD. In addition to the musicals, I provided background music and sound effects (along with one other musician) for a production of Oedipus the King at Cedar Lane Stage in Maryland, using cymbals, chimes, mandolin, electric guitar, and bass recorder. (The other musician, Felicia Eberling, used recorders, viola da gamba, woodblock, and a variety of drums.) I am currently (April 1999) doing something similar for their production of Antony and Cleopatra.

I've organized pickup bands for Regency-period dances at Darkover conventions, and I've performed solo and with a band at other science fiction conventions. I frequently play for SCA and Markland medieval events. I have also presented a workshop on ensemble playing at a music convention and have participated in panel discussions of early music at two conventions.